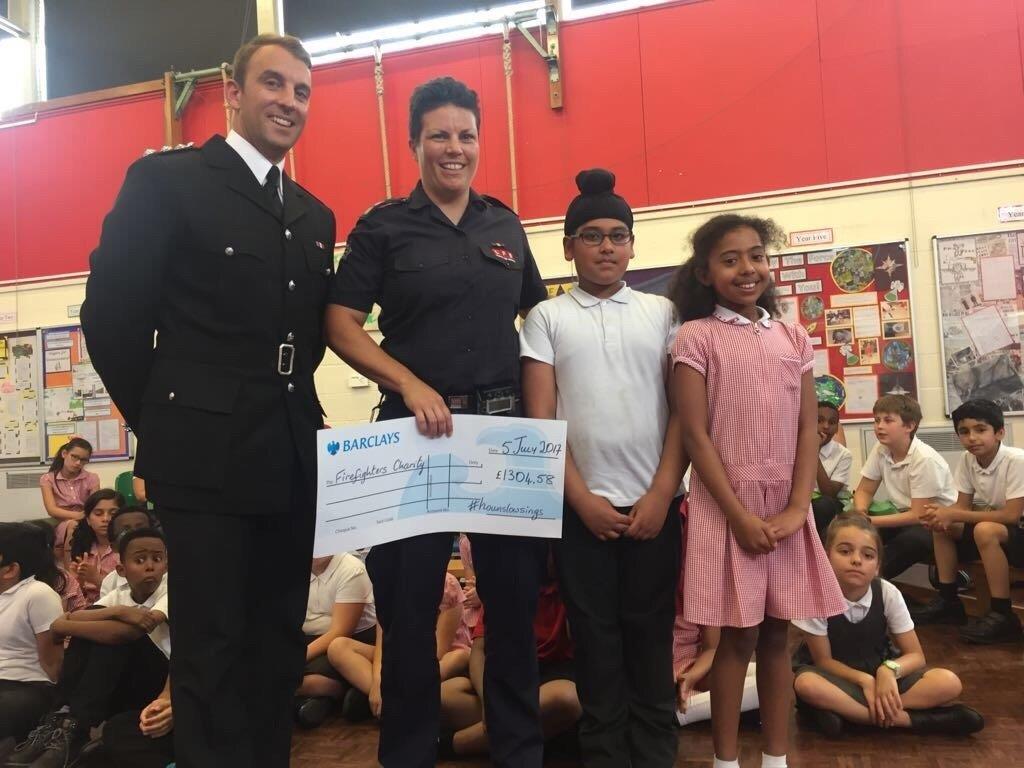 Pupils had the honour of presenting the funds raised at the Hounslow Primary Schools Music Festival for the Grenfell Tragedy to Fire Fighters from Heston and Isleworth Fire Station who joined pupils and parents for the Year 3 and 4 concert. Oonagh Barry CEO of Hounslow Music Service also joined us, it is down to her hard work and unending enthusiasm that the Music Festival takes place each year. The collections taken at each of the performances totalled over £1300.

Pupils presented the collection to Alan Taylor, Station Manager at Heston and Isleworth Fire Station and Helen Christmas who is a Watch Manger at the Station. Helen is Watch Manager for Red Watch which was one of the watches that attended Grenfell.

During the concert, led by Debbie Brice, specialist teacher from Hounslow Music service, Year 3 performed songs they had been learning in their lessons, Year 4 demonstrated their skills on the Ukulele  and the choir performed numbers from the Music Festival. 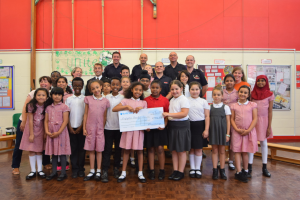